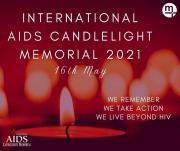 Qwire in the Park in Glebe Park was Qwire's first opportunity to perform following COVID 19 - so special to be with our community again singing.
Outdoor Picnic & Rehearsal 18 Oct 2020

Qwire had a great time performing at Fair Day at Gorman House.
Out and Loud Canberra 2019

Qwire was delighted to sing a few Xmas carols with a twist at SpringOUT's Xmas in July event in New Acton.
AIDS Candlelight Memorial - 20 May '18

Qwire had a great time singing and dancing at the Parade and singing 'Home' in the park.
Marriage Equality Results Party - Nov '17 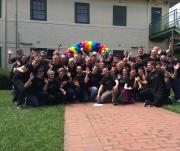 Qwire sang and danced at Fair Day to the enjoyment of a large audience.
Yass says YES - 21 October '17

Qwire performed at Yass to support Marriage Equality.
Diversity ACT - Out of our Minds 14 Oct '17

Qwire was honoured to lead Canberra's SpringOUT parade on 19 November 2016 through Civic ending in a festival in Glebe Park.
Fair Day 2016

Qwire went to Auckland in February 2016 to participate in Out and Loud.
'We Are' concert - November 2015

Qwire's SpringOUT concert embraced global themes and connections to our community.
A Night Of Jazz - June 2015

Qwire performed ' A Night of Jazz' with the wonderful 'In Full Swing' band.
Qwire performing in Dublin - June 2014

More than 70 choirs from all around the world entertained the people of Dublin in a series of free pop-up concerts in June 2014. The concerts were performed as part of Various Voices, an international choral festival for gay, lesbian, bisexual and transgender choirs and choruses. This is the first time Dublin has hosted the L.G.B.T. Festival, which takes place in a different country every four years.
Defy Gravity - December 2013

The Canberra Gay & Lesbian Qwire invited its friends, family and the wider community to a gala ball in honour of its 20th Anniversary. What was promised to be a fun filled night, with good food, great company and plenty of music became an instant hit with everone there getting into the birthday spirit. The room was decorated in Black, Silver and Pink, giving it a fabulous twist on the Qwire's usual colours. The night started off with canapes and live music, followed by an official welcome, a two-course dinner interspersed with skits from Qwire members and a raffle with fabulous prizes. After dinner it was stime to dance with th emusic of Canberra's own Annie and the Armadillos.
20th Anniversary Gala Concert June 2013

Each year, Qwire retreats into the backwaters of Murambateman, separated from loved ones and friends so that we can spend over 16 hours in lock down to fine tune our performance for our June Concert. More photos on our facebook page: https://www.facebook.com/qwire
Canberra 100 Birthday Celebrations March 2013

Qwire was the only adult Qwire invited to perform on Symphony Stage to celebrate Canberra's 100th birthday. With 84 voices, all our members did the Queer community of Canberra proud as we performed to an ovation calling for more,
General Rehearsals